Only 8% of US Households Watch Over-The-Air Broadcast TV.

It’s official.  Only 8% of US households watch TV by tuning into free over-the-air broadcasts.   The vast majority of American homes get their TV signal via cable, satellite or telco fibre.  Gary Shapiro, the President and CEO of the Consumer Electronics Association, says “It’s time we accept this shift away from over-the-air TV as an irrevocable fact of the TV market. The numbers tell the story.”

Why do we still give away vast chunks of spectrum to broadcast networks? END_OF_DOCUMENT_TOKEN_TO_BE_REPLACED

Is it really necessary for Google to screw their customers?

Yesterday, Jason McCabe Calacanis invited me to respond to his post “Has Google Been Naughty?  Yes.  Should the Government Get Involved?  No”.   You can read responses from Vivek Wadhwa and  Robert Scoble along with mine in a handy digest on the Launch blog.   The following post is the full text of my response to Calacanis view of Google’s future path.

There’s a predictable cycle in business, at least in the sectors of technology, media and telecommunications.

In the first part of the cycle, companies achieve success by introducing a new service that delights customers:    call it the “Value Creation” phase.   This is the phase when lots of customers sign up.   Remember when you bought your first Windows computer, your first iPod, or your first smartphone?   Chances are good that you made the switch at the exact same moment when millions of other people were migrating to these new gizmos, too.  Everyone was attracted by a novel combination of utility, cool factor and the right price.

But over time, as the new product/service evolves into our daily habit, some companies are tempted to END_OF_DOCUMENT_TOKEN_TO_BE_REPLACED

Is Bitcoin the Wikileaks of central banking?

Bitcoin is a controversial project to establish a new kind of anonymous digital cash that exists beyond the control of any central bank.   It’s an unambiguous challenge to centralized control of the financial system, and it’s probably illegal (or soon to be).  But the principles behind Bitcoin are consistent with the broader Internet trend towards radical decentralization.   Bitcoin is to central banking as Gnutella is to music publishing, as BitTorrent is to motion pictures and as WIkileaks is to government secrets.  Yesterday, Jason McCabe Calacanis invited me to post my perspective about the Bitcoin controversy on the Launch web site.    You can read the article here. 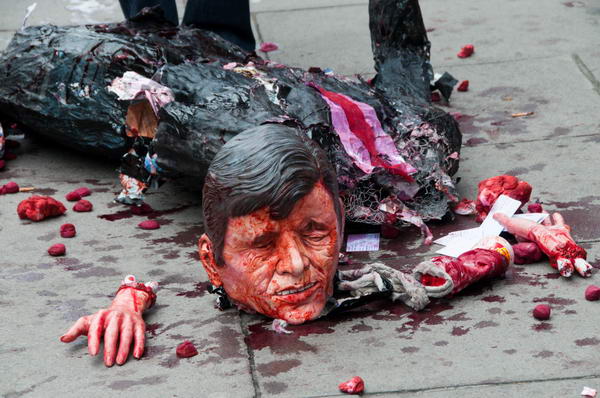 END_OF_DOCUMENT_TOKEN_TO_BE_REPLACED

Driving Tour of the Gorges du Verdon, in the Alpes-du-Haute-Provence, France

A narrow road has been carved out of the cliff high above the green river. It’s a hair-raising drive: a sheer vertical drop of more than 2300 feet, in many places too narrow for two-way traffic, with craggy rock overhangs, blind curves and hairpin turns, and thrillingly, no guardrail (!!) The road begins in the ancient fortified village of Castellane that guards a narrow mountain pass. At La-Palud-sur-Verdon, climbers gather to scale the vertiginous heights. And the road ends at Moustiers-Sainte-Marie, a breathtakingly beautiful medieval town perched on a mountainside, where paragliders sail silently from the mountain face hundreds of meters above. The local Provencal farmhouses have been turned into upscale villas and fancy resorts.

END_OF_DOCUMENT_TOKEN_TO_BE_REPLACED

Beyond Imagination: Video of Robert Tercek’s speech at the Creativity World Forum

In November 2010, I was invited to participate as a speaker and moderator at the Creativity World Forum in Oklahoma City.   More than 2500 attendees, including hundreds of international delegates, attended the event.   We participated in workshops, discussions, exhibitions, demonstrations.

I was the moderator of a discussion on the topic of Technology Aiding Creativity, and my guests were Pranav Mistry, the creator of Sixth Sense and other futuristic UIs, and Andrew Zolli, the impressario behind PopTech.   Here’s the video of my opening remarks:

I chose to focus on three main points, to direct the audience’s attention to the way that technology can catalyze creative breakthroughs:   giant scale, two-way dialog and the freedom of open platforms.   The breathtaking pace of innovation on the web can be attributed to the fact that nobody needs to obtain permission from powerbrokers to gain access to scale, dialog and open platforms.   That’s radically different from traditional mass media.   And that’s why digital media grows so much faster than old media.

The Book is Dead, Long Live the eBook! Video of Robert Tercek’s guest appearance on “This Week in Books”

The advent of table computers and electronic book readers poses a serious challenge to the traditional business of book publishing.  As I’ve written previously, it’s entirely possible that the economics of print publishing will crumble faster than commonly expected.

Recently I was invited to appear on “This Week In Books” to discuss the implications of electronic book publishing for authors, publishers and readers.  There’s no doubt that this transition will present some difficult challenges, but our conversation was focused on the many new opportunities for authors to connect with their audiences via digital media.  Printed books are great in many ways, and that’s why they’ve continued to occupy a central role in modern civilization in more or less unaltered form for  500 years.  But now the Gutenberg culture is going to be transformed.   Watch the video clip:

While visiting Vancouver for the Merging+Media conference, I was invited to appear on “Urban Rush” a lively daytime talk show about media and entertainment.   The topic:  how traditional media companies must chase their audiences as they migrate to new platforms.   The proliferation of new devices and platforms makes this especially difficult for broadcasters who previously viewed the Web as a marketing mechanism to drive audience back to television.  That strategy is busted.   Here’s the clip:

Coercion and Cooperation in the Second Century of Electronic Media: Video of Robert Tercek keynote speech at Digital Directions in Sydney, March 4, 2011

My topic was “Coercion and Cooperation in the Second Century of Electronic Media.”   And my message was that the architecture of a business determines how its creative energy is channeled.   Fairfax Media kindly provided me the video, posted here. END_OF_DOCUMENT_TOKEN_TO_BE_REPLACED