The Elephant in the Room at Humanity +

Humanity+ is living up to the mission of raising awareness about the next frontier for information technology:  human biology.  But is the organization ready to take the next step in its own evolution?
This weekend’s Humanity + conference at CalTech was satisfying, especially if you’ve been craving a hefty serving of scientific research combined with imaginative vision, polite debate and open speculation about the future of humanity.
At H+, speakers from a variety of fields share their perspectives with a highly empowered audience that doesn’t hesitate to challenge a point or gently correct an inaccuracy.   During the coffee breaks, the lively dialog continues in the corridor.   So the conference achieves a major goal, which is to stimulate the exchange of ideas and information in a respectful and convivial way.

I gave the opening talk on the subject of Information Transformation, which was an ambitious survey of the rapid increase in the production of information with some speculation about the likely impact on society (and us).   My goal was to lay the groundwork for the day by providing context for the terrific speakers who followed.
Humanity+  (and the transhumanist movement in general) spans several disciplines:  robotics, artificial intelligence, genetics, bio technology, nanotechnology, materials science, longevity and aging, and even the Internet of Things.   The conference included experts in these subjects.  And more.
It’s quite a smorgasbord. 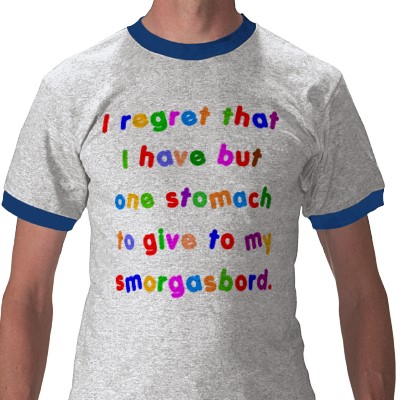 But I left the conference wondering if we had failed to connect the dots entirely.
We never really spoke about the elephant in the room.

Progress in these disparate fields of research will eventually converge in way that compounds and accelerates the overall progress.
And when that happens, the result will be dramatic.  Nothing short of a redefinition of what it means to be human.
We won’t just live longer.   We may have the option of living forever.  And in an entirely different form.  We might be able to choose whether we want to live in a biological form, or in mechanical form or even as pure information.   And we will enjoy some exciting new capabilities, including the ability to access the world’s information instantaneously, the ability to extend our senses around the planet, and the ability to back up our brains, possibly merging them with a super-intelligent artificial brain.
This is exciting stuff, but it raises very important moral and ethical questions.   And these warrant a serious discussion.
Who decides whether or not I can modify my biology?   The government?   Insurance companies?   The church?  or me?
And here’s the elephant in the room:  We are rapidly approaching a point when we will face a crucial choice: shall our lives continue to be determined by a genetic program that circumscribes our lifespan and our capabilities, or shall we chose to rewrite the program and decide for ourselves?

Here’s an analogy:  the biological software in our DNA is similar to the operating system that was pre-installed on the computer you bought.  The question is:   are we ready and willing to install an upgrade?  Even if it’s an upgrade that we wrote ourselves?   Is that wise?  Is it feasible?   Is that what we, as a species, truly desire?
Personally, I believe it’s time for us to stand up and claim our unique birthright as the sole creature on Earth whose evolution has been shaped by tools and information.   We have the opportunity to determine the future course of human evolution, guided by our own conscious intelligence rather than by a biological code written in our DNA.
This is a huge decision point for us.
We are the first generation in human history to face a decision of this magnitude.
It’s time to start a discussion about the bigger implications of transhumanism.  Not just academic debates about which approach to longevity is likely to yield optimal outcomes.
In other words, researchers (and investors and entrepreneurs) in these fields need to understand how their work will co-exist with developments in the other fields.   How might it fit together, and what are the implications of the resulting combination?   How will these results be introduced to the real world?   What are the likely side effects?
And there are many other, broader questions:    How will this progress fit with our current political structures, our legal system, our medical practices and institutions, our religions and ancient wisdom traditions?    How will these change affect our understanding of what it means to be human, or alive?   Who might resist these changes, and what arguments will they raise?  Where are the possible points of resistance?    What steps can we take now to ensure that the science is clearly understood by the general public?   How can we begin now to lay the groundwork for general understanding and acceptance, rather than a fear-driven resistance?   What messaging should we adopt to ensure that the information is comprehensible?

I attempted to raise this issue during a panel discussion.   My observation is that scientists tend to believe that the facts are self-evident, and that the results of their toil speak for themselves.   But, I warned, the facts are emphatically not self-evident, and their research is subject to interpretation (and misinterpretation) by commentators, pundits, preachers, policy-makers, lobbyists, industry spokespeople, spinmeisters and flacks of every stripe and motivation.
In the United States, we don’t have a scientific or medical morality.  We have a religious morality that we apply to every situation, regardless of whether or not it provides the best framework for understanding.
Which means we are unable to conduct a rational debate about scientific matters.   Instead, we begin an emotional debate that ends up revolving (and devolving) around personal convictions and unprovable beliefs that are rooted in identity and personal psychology.
I believe that the answer to these questions won’t be found in the great books of revealed religious wisdom.  It can only be found within us.   Using the gifts that God gave us, namely reason, logic and the scientific method.
In other words:  childhood is over.  Now that we as a species have developed sufficient technology to determine our future course of evolution, the power that created us is telling us it’s time to grow up and take responsibility for our fate, not leave it in the hands of ancient prophets and scribes.   We are old enough to decide for ourselves.
To handle that responsibility, we need urgently to develop a new morality based on scientific principles, reason, and empathy for all living things.    And I’d rather hear more from the scientists and engineers and the sort of people that you find at Humanity+, rather than leaving this crucial debate in the hands of talk show hosts, politicians, pundits and the think tanks that fund them.
This points to an exciting mission for Humanity+ or some similar organization, if the membership is bold enough to seize the opportunity to lead the way and define the debate.