Each year at this time, people ask me if I have any suggestions for cool holiday gifts.  Without further ado, allow me to present my very own version of “My Favorite Things” for the world-traveling technology lover.

1.  Sony Alpha NEX-5
$700 or less online
Smallest most powerful camera that uses interchangeable lenses.   Half the price and half the size of an SLR with comparable picture quality.  Giant 14 megapixel CMOS sensor is the secret to the great photos.

2.  Nathan Myhrvold’s “Modernist Cuisine”
(list price $625, but available pre-order on Amazon for $421.87)
The full title is “Modernist Cuisine: The Art and Science of Cooking”.  It’s a six-volume set totaling 2,400 pages of deliciously geeky science-inspired cooking techniques.   It’s not just for geeks who like architectural food.  It provides insight into the history of culinary movements,  the chemistry of classical food preparation as well as an introduction to new technologies, such as centrifuges, and ingredients like thickeners, gels, emulsifiers, hydrocolloids and enzymes.
The cookbook to end all cookbooks. 3.  Digital Pen and Paper
Anoto Digital Pen
LiveScribe Echo $125 at Target
All the hoopla about the new tablet computers misses a key point:  for most artists the best interface is a pen.  No computer interface comes close to the natural technique of drawing with pen on paper.   That’s why my desk has a stack of hand written notes and diagrams.   Now Anoto technology combines a pen with a miniature camera & processor that tracks and records every motion of the pen on special grid paper:   the recorded motion can then be transferred to a computer for manipulation in a standard drawing program.  Your notepad just got turned into a digital file.   The pen can store about 50 pages of data, which is plenty to record your mindless doodles during that weekly department meeting.

4.  LunaTik Wristwatch Band for Apple iPod Nano
$50 at Kickstarter.com
This kit turns a standard iPod Nano into a rugged wrist watch.  Cool!  Now you can have a totally awesome touch screen wristwatch with downloadable apps, music, video, more.  Older geeks will drool with envy:  be prepared for their inevitable lame Dick Tracy jokes.

5. Gourmet Beer Club Membership
$22 to $33 per month
Take the guesswork out of microbrew products.   Each month a selection of craft brews is sent to the lucky fella.

6.  Traditional Shave Kit
Art of Shaving $100
Ladies, here’s a gift that every guy will appreciate because they will NEVER buy this for themselves.  Most guys don’t look forward to the morning ritual of scraping face.   If you’re one who loathes shaving, it’s probably time to upgrade to a quality shave kit.  I’ve been using the full kit from the Art of Shaving, including the traditional badger brush and shaving soap, and it has made an enormous difference.   BEST-SHAVE-EVER.   Start your day smooth! 7.   Noise Cancelling Headphones
Prices range from $100 to $300
Face it, air travel sucks.  Between TSA body scans, crowded overhead storage, rude flight attendants and no legroom, the romance of air travel is gone for good.   But that doesn’t mean you have to sink to the same level of misery as the rest of the passengers.  Because you can retreat into your inner sanctum of lush music and crystal clear movie soundtracks, courtesy of a pair of noise-cancelling headphones.   The best models block out the low rumble of the jet engines, the constant high pitch whine and most other background noise, while making it possible to hear mid-range conversation (such as the flight attendant hitting you up to purchase duty-free junk you don’t need).   You have no idea how stressful the background noise is on an aircraft until you turn these babies on.   Listen as the roar fades to a distant hum.

8. Sharpie Liquid Pencil
Office supply stores and stationers  $4
New liquid pencil writes smoother, and there’s no lead to break.  No sharpening necessary.   And you can erase the marks for 24 hours before they become permanent.    And you thought that the mechanical pencil was the zenith of pencil technology.  Silly humans! 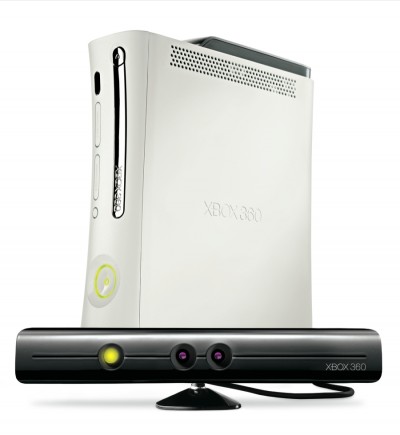 9.  Microsoft Kinect
Kinect plus two games bundle $199
Sure, it’s a stupid name.  Microsoft doesn’t have a clue how to market to consumers.  But don’t let that deter you.  The Kinect is the biggest innovation from Redmond in a decade.  This is more than the Seattle giant’s attempt to squash the Nintendo Wii:  it’s an entirely new way to interact with a computer.   Don’t let the game packaging deceive you.   Kinect is a big deal.   And it’s bound to be a lot of fun.   Just remember to turn off the camera when you are not using the Xbox… otherwise you might inadvertently transmit your private living room activities to the Xbox live network.

10. Dyson Air Multiplier
Best Buy $300
If it seems crazy to shell out three bills for a fan, think twice.   The Dyson Air Multiplier is the coolest innovation to hit summer since those retro enamel fans from India.   Impress your friends by putting your hand right through the middle.  Or line up a bunch and send balloons  cannonballing through your home.   During the dog days of summer you will be glad you got this ultra groovy don’t-call-it-a fan.

This entry was posted on Saturday, November 20th, 2010 at 8:22 pm and is filed under General Observations.